You may have heard about this movie coming out called Avengers: Endgame. It’s one of those low budget independent films, trying to win some film festival awards. I bought tickets to it for the first showing at 5 pm tomorrow. I’m pretty excited about it. You’re probably not going to see it or hear about it much, but I’m hoping to enjoy it.

I don’t mean to spoil the previous movie Infinity War, but it basically ended with a whole bunch of characters ceasing to exist, and lest we think the concept or conclusion is unique, the world, or humanity or a day of reckoning is a fairly played out blockbuster movie trope.

Everyone is trying to save the world. Recently corporations who previously were less pretentious about wanting to make money off its consumers have found ways to leverage ads to toot their own horns about being heroes. And I know why they do it. Western culture buys into a desire to appear to be as good of people as possible whilst still satisfying self as our chief end. 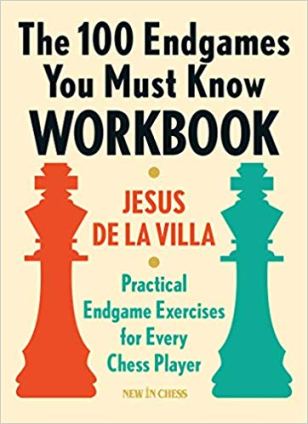 We still market our perception of “goodness” with statements or rather visual expressions of “sex sells.” Now advertises are testing the waters of whether or not “service sells” which leads to a new end which I believe we’ll see play itself out more in the political arena in the statement suggestive of “salvation sells.”

I don’t think people will necessarily peddle the word salvation (in the Orthodox Christian paradoxical sense) but the hope of redeeming and righting of the wrongs of the other side/enemy through politics or human effort is the platform on which humanity is destroying each other.

But then there is God’s Endgame.

On His (Jesus’) shoulders rests a Kingdom that is not passing away. In this Kingdom is the Intercessor who is coming to reign.

Jesus’ Endgame started on the Cross declaring “It is finished,” paying off a seemingly infinite death with His blood. The end of His life leading to the His Resurrection marked the victory over death the grave and the principalities and powers of the age though they still seem to have a pretty significant foothold.

But to what end does this game continue. What are we or rather what is God waiting for. God is clearly patient, God has not destroyed this place, nor I believe God will.

But the one who endures to the end will be saved. And this gospel of the kingdom will be proclaimed throughout the whole world as a testimony to all nations, and then the end will come.

Two marks of genuine faith are endurance and proclamation. Announcing goodness (Advertising) and Endurance (Quality Assurance). I likely should apologize comparing a life of faith to a Product but in part that is what we are. We are products, creations, children, seed of Heavenly Father because we were purchased through the blood of the Son.

I could write a long explanation through the rest of this blog, poetic, reflective, but God caught me dead in my tracks with this:

You are God’s Endgame.

Jesus reconciling humanity (you and I very much included) to God through Himself no matter how long it takes for us to accept, receive or walk in daily.

I was the joy set before Him and Christ is my exceedingly great reward.

It’s taking a lot longer than 3 hours on a Big Screen to play out, but it’s worth it if the End is my heart fully given over to the Alpha and Omega, Captain of our Faith, Avenger of Heaven, Perfecter of our Faith, Yahweh’s Son, Iron sharpening Iron Godman, child of the Marveling Mary, Lord of the Universe, Jesus Christ.

You, Jesus are the only One who saved the world

You, Jesus the only One to save me

I’ve been rescued by your Love

May my faith be held steady and be made ready

To endure until the End