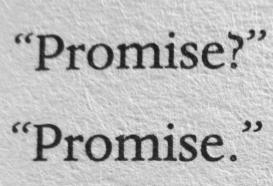 God is good; God cares about His Honor. Since nothing can be taken away from God, when man tries to compromise God’s honor, something is taken away from man. For Moses and Aaron a lack of trust disqualified them from leading the people of Israel into the Promised Land. Instead of speaking to a rock, Moses spoke with anger towards God’s people. Aaron didn’t stop him, thus Aaron dies shortly after this incident. In Numbers chapter 20, Moses’ sister Miriam and his brother Aaron die and he is disqualified from completing what he set out to do. 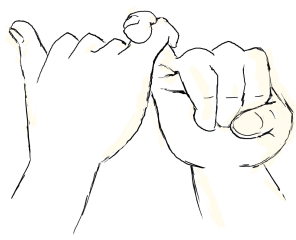 From the outside looking in, this does not appear merciful. God had previously shown mercy to both Aaron and Miriam in Numbers chapter 12 when they spoke against Moses. 8 chapters later a lot has changed. They are gone and Moses is expected to trudge on until the end of his wilderness journey. But there is a consolation, an exceedingly merciful consolation. Moses, despite a delayed promise, still enjoys the fellowship and presence of God. Moses is still led by God even if his destination is no longer the Promised Land.

Hebrews 11:39-40 reads “And all these, though commended through their faith, did not receive what was promised, since God had provided something better for us, that apart from us they should not be made perfect.” Why does God delay or withhold promises? It is for the purpose of testing faith and for the perfecting of His Church. Truthfully, the disobedience and dishonor we have shown God should mean something much worse than a delayed promise or a seemingly unsuccessful earthly mission. Yet God delays the promise so that we learn to love the One who issues the promise more. This is mercy. God’s mercy is typically found in withholding judgment but it can realistically withhold anything for the sake of enlivened relationship.

God delays in punishment so that those would turn to him in repentance. God may withhold a “revival” so that we would desire Him more than the out-workings in which we hope. Those things I feel are promises from the Lord to shape my hope; they shape who I am, but I continue to see God withhold things I have desired most to test my faith and devotion. In those times I witnessed my devotion falter only to be reminded of His faithfulness. God in his mercy says “At times I won’t give you what you deserve or desire because I love you.” Of all the things that God withholds, He always seems to want to hold my heart if I let Him. As He holds he sees all the other externals, the dangers and desires, and is jealous in saying “I cannot let that _______ defile this heart, this heart which I have softened which I cherish, which is bending toward me.” In a delayed promise is a present mercy and in the eyes of God, mercy is far better.