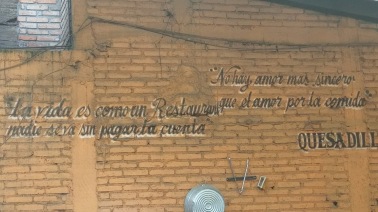 Have you ever been so gripped by something, whether it be entertained or given to a task that you have forgotten to eat? If you’re anything like me, it has rarely happened because you like food. However, there have been some instances where I have delayed eating a burrito and ended up very hungry.

In John chapter 6, a large crowed of people intently follow Jesus. Jesus wants to feed them. But notice, it does not indicate that they are poor and starving (though they might be). It doesn’t even say they are hungry. We can infer they are hungry but not Israel wandering in the wilderness complaining kind of hungry. Not only that, a feast day was approaching, the Passover, so these people would have expected to eat at some point.

So Jesus takes the responsibility of feeding them upon himself and the disciples. He asks Philip where the closest bakery is to feed the people bread. Philip, who is not the treasurer and apparently does not need to be, indicates they do not have enough money to feed all the people.

Andrew who is standing by points to a little boy holding a couple of loaves of bread and some fish filet  admitting that the food could only feed a few people.

Jesus has the crowd sit down. The Gospel of John wants to let us know they are sitting on lots of grass because that is better than dirt and pebbles. 5,000 people sat down, and Jesus gives thanks. The Son of God spiritually microwaves the boys Lunchable by multiplying it and feeds those who are seated as much as they want. Oh, and there were leftovers.

Twelve baskets full of leftovers; those baskets each of course belonged to each one of the disciples. Oh, you didn’t know that disciples each carried baskets. They kind of were like the grizzled versions of Little Red Riding Hood fighting off wolves in sheep’s clothing who devoured their widowed grandmother’s houses. (I don’t actually know nor think the disciples carried baskets)

All the people present recognize Jesus is the one they were waiting for and were ready to make him king because he was able to miraculously feed so many people. So what does Jesus do? He withdrew. He went on a hike by himself. (We will look at why he does this next post).

Let me save the walk on water story and the confusion that follows for the time being and jump to the lesson. In John 6:41, Jesus reveals what He was building towards. He states, “I am the bread that came down from heaven.” In v. 48 He says again, “I am the bread of life.” Then Jesus talks about consuming Him so as to have life forever.

Admittedly, this is a confusing statement. Those gathered are wondering why Jesus is offering himself up for a cannibal feast. To the crowds confusion, Jesus adds drinking his blood to the mix. Vampires and Cannibals will inherit the Kingdom of Heaven. Clearly Jesus is pointing to the institution of communion, the invitation to His supper.

All jesting aside, Jesus is inviting those in the synagogue to His table. He is advocating divine intimacy. He is offering the promise of life eternal with Him which will fill them with a sense of full acceptance and security.

As we eat the bread and blood of Jesus, He dwells inside us. He unites us. He reminds us to eat. He wants to be remembered and met with through fellowship with the Spirit of God inside of the believer.

I want to consume God like I consume my food and be filled with the Spirit like I’m filled by a buffet.

Thanks be to God for feeding us.